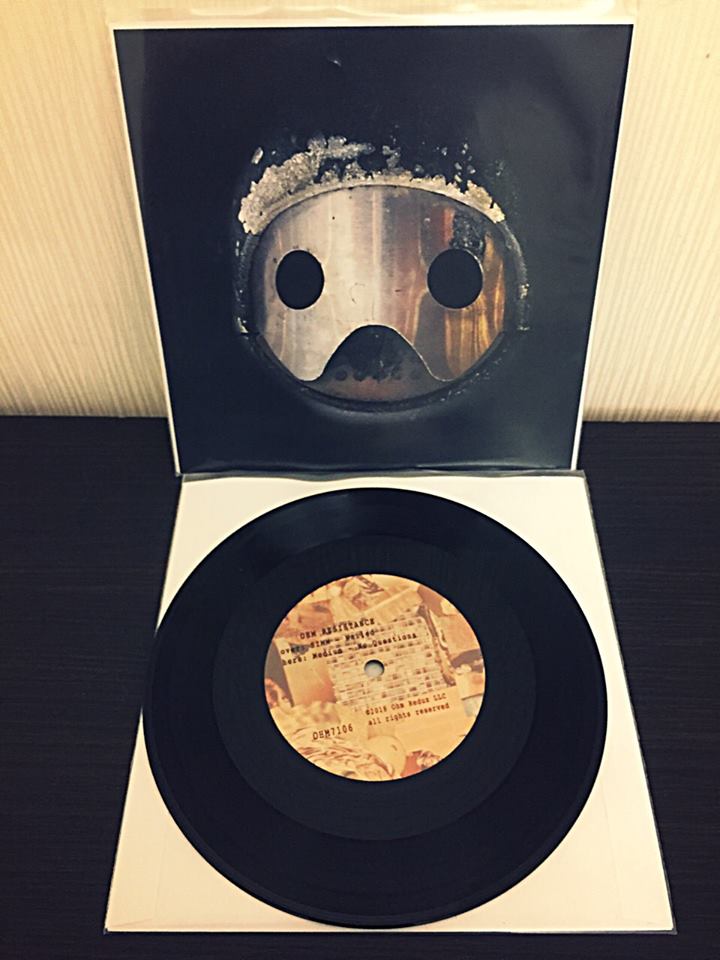 I’ll be totally honest in saying that this wasn’t on our suggested listening for the day, just so happened it was at the right place and right time. This ‘un heading out of the Ohm Resistance sound house is the latest instalment in their monthly split series which if we remember we’ll try and hook up with the rest so far at some point in the coming days given they are probably lurking in the inbox during our absence. Anyhow, this one their latest, due to land July, features an immaculate pairing of talent with SIMM on one side and Medium to t’other. Very reminiscent of those minimalist releases eked out into sound world once upon a time in the near dark past by Smallfish records, these cuts should appeal principally to folk who stray into the sonic universes of Alrealon Musique. Difficult to pick a favourite among the two, Medium’s ‘no question’ provides the more playful side of the equation in many respects having us pressed with an urge to root out our stash of lost Depth Charge platters from back in the day given its awash in all manner of glitch grooved dubtronic shapes. Darker in both spirit and detailing, SIMM’s ‘nailed’ is an ominous sortie, within a sparse framing a ghostly desert dry mistral sidewinds in its wake a slick shadowy austere, the dub toning set to an edgy calibration marshals a gloom grooved dead heading dystopian subterranic causeway. Very classy. Alas no sound links – more info via www.ohmresistance.net

Copyright © 2019 by MEDIUM. All rights reserved.